Michael Lorimer, a favorite protégé of Andrés Segovia, caught the attention of American audiences in the early 1970s through tours arranged by the great impresario Sol Hurok. His popularity soon extended beyond the shores of America. The first American guitarist invited to perform in the USSR, he concertized there in 1975 and 1977 on two extensive tours. He has appeared in Israel, Cuba, throughout Europe, on most major North American recital series, with the St. Paul Chamber Orchestra and Orpheus, with Kronos, and with the orchestras of Atlanta, Baltimore, Indianapolis, Louisville, New Orleans, San Francisco and others.

At the same time that Michael Lorimer is an enthusiastic exponent of new music and of traditional classics, he is also the first world-class guitarist to regularly feature the baroque guitar in recital. Forty years ago, long before the present vogue in original instruments, Michael Lorimer was a pioneer bringing attention to the seventeenth- and eighteenth-century predecessor to the modern instrument. By the mid-1970s one London critic said, “If Lorimer is not the best baroque guitarist in the world at present the competition has still to present itself.”

In 1987, Michael Lorimer brought to light a milestone of the guitar repertoire, the best surviving collection for any instrument of early eighteenth-century Spanish dance music, when he published a detailed study and facsimile of the Saldívar Codex No. 4, a large, hitherto anonymous manuscript from a private collection in Mexico, and identified it as the companion volume to the British Library manuscript Passacalles y Obras (1732), a legacy of Santiago de Murcia.

In addition to concerts, Michael Lorimer gives master classes at North American universities and conservatories from coast to coast. He is an engaging spokesman in demand for experimental programs in arts presentation. From 1965–1978, he lead the guitar department at the San Francisco Conservatory of Music. During the academic years 1980–1982, he was Distinguished Visiting Professor of Music at the University of North Carolina, Wilmington. Many of today’s American performers and teachers studied with Lorimer and/or with Lorimer’s students.

Michael Lorimer has written for the Guitar Review and for six years contributed a widely-praised, monthly column to Guitar Player. He edits the Michael Lorimer Editions which now numbers over forty volumes and is comprised of the Composers Series, a special forum for new guitar music; and the Classics Series, which features Lorimer’s arrangements, including his well-known editions of Bach’s Cello Suites 1–6, the first ever published of all six Bach suites.

In June 2014, the Guitar Foundation of America (GFA) presented Michael Lorimer with the Artistic Achievement Award and inducted him into the GFA Hall of Fame. https://guitarfoundation.site-ym.com/?HoFMLorimer 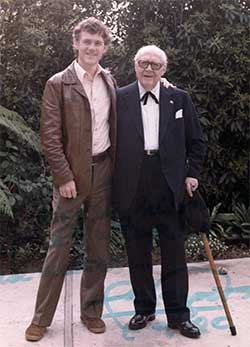 "Michael Lorimer is one of the most talented young guitarists of these times and is the one I appreciate the most."
- Andres Segovia, 1984